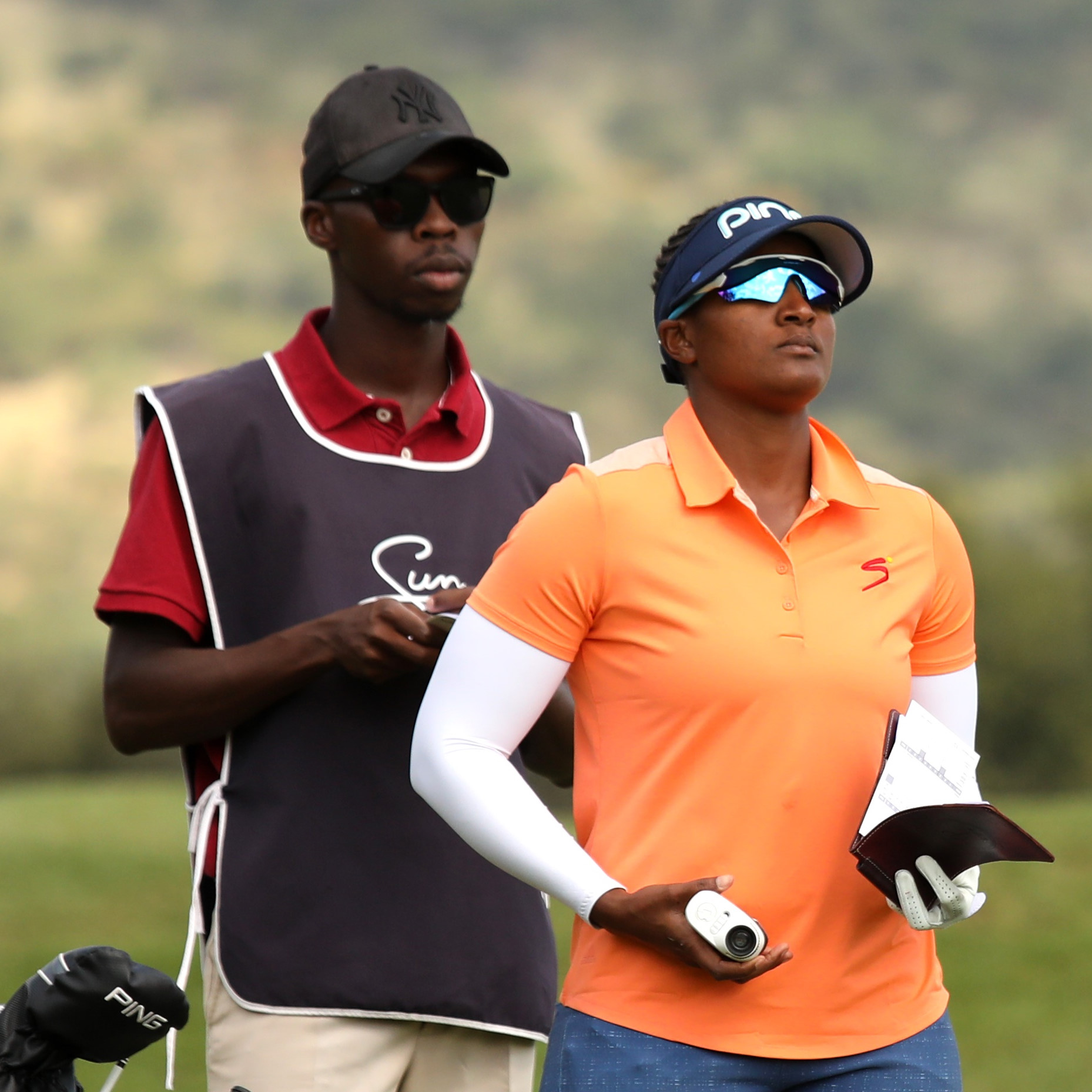 SUN CITY, 21 April 2021 – Reigning SA Women’s Amateur champion Caitlyn Macnab carried her imperious winning form from the Jabra Ladies Classic to the Pilansberg, where she edged out Nobuhle Dlamini for the round one lead in the Ladies SuperSport Challenge, presented by Sun International.

Macnab lived up to the billing as one of the headline acts at Sun City, carding a three-under-par opening round 69 at the Gary Player Country Club, but former champion Dlamini is in hot pursuit, just one shot off the pace. 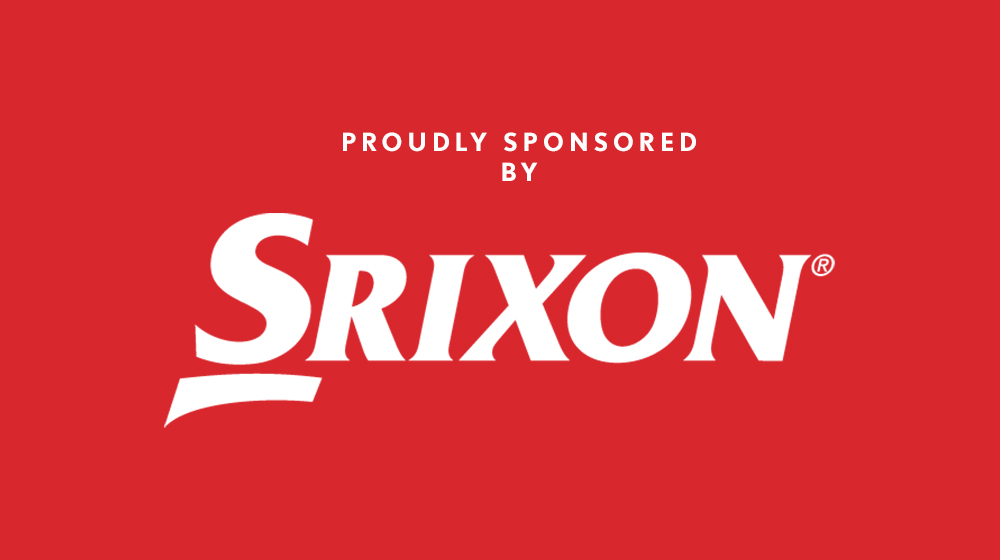 Defending champion Lejan Lewthwaite opened with a three-over-par 75 and is six off the pace.

Big-hitting Dlamini is starting to hit the form that saw her rack up victories in the Joburg Ladies Open and Dimension Data Ladies Challenge last season, and brought her close to winning the 2020 Investec Order of Merit title.

The eSwatini golfer enjoyed her maiden Sunshine Ladies Tour success in the 2018 edition at the Wild Coast Sun Country Club. Three years earlier she was finished second at the Lost City Golf Course and in 2019, was the runner-up again at the Wild Coast. 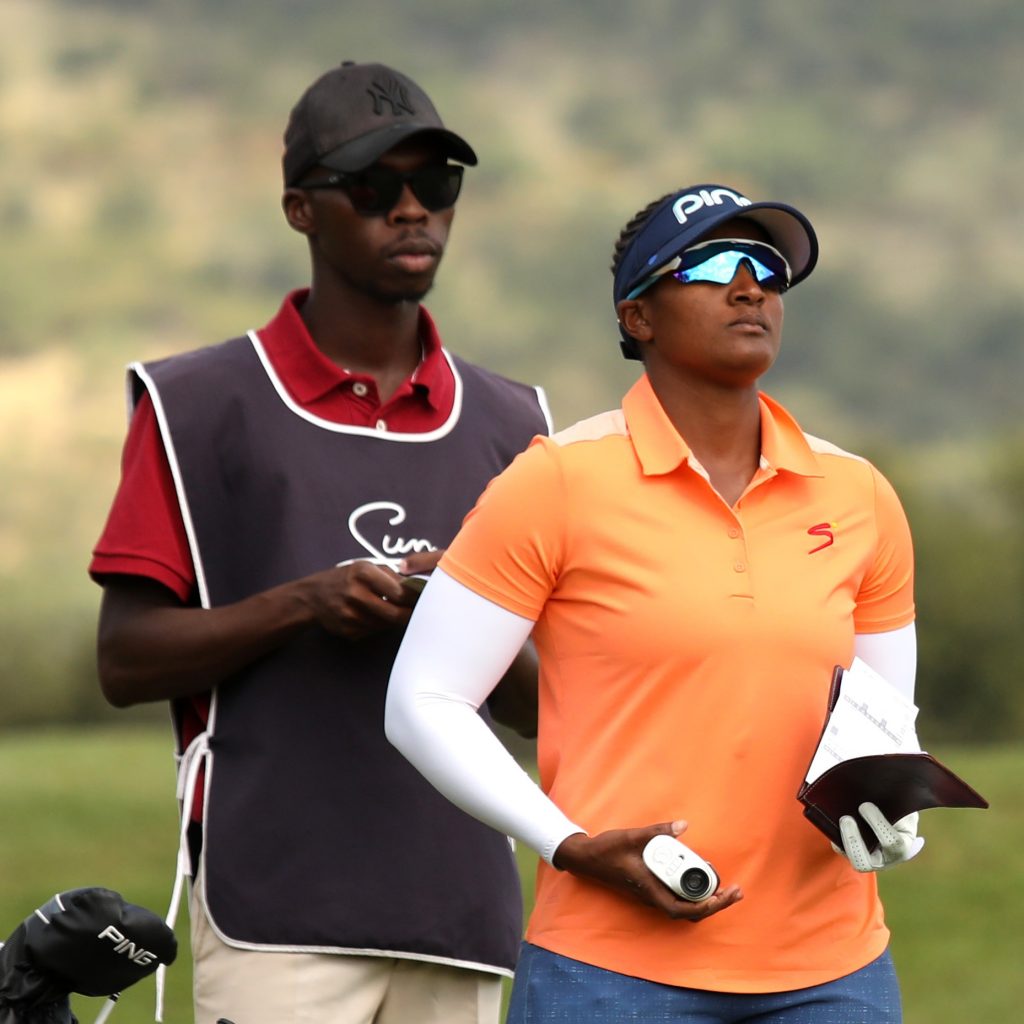 “I’m pleased with the round; the set-up is tough and there was a couple of tricky pins. If you offered me a two under of the start of the round, I would have taken it,” said Dlamini. “No real drama. I hit it well off the tees and my iron-play was good, but I could have putted better.

“I can’t hit driver off the tee on many holes because of the set-up, but I am striking it well, so I might get a little more aggressive with my
approach shots tomorrow.”

Macnab, meanwhile, is riding a wave of confidence after a top four finish in the season-opening Cape Town Ladies Open and an eight-shot triumph at Glendower last week, where she became the first amateur winner of the pro women’s golf circuit since Ashleigh Buhai in 2007. 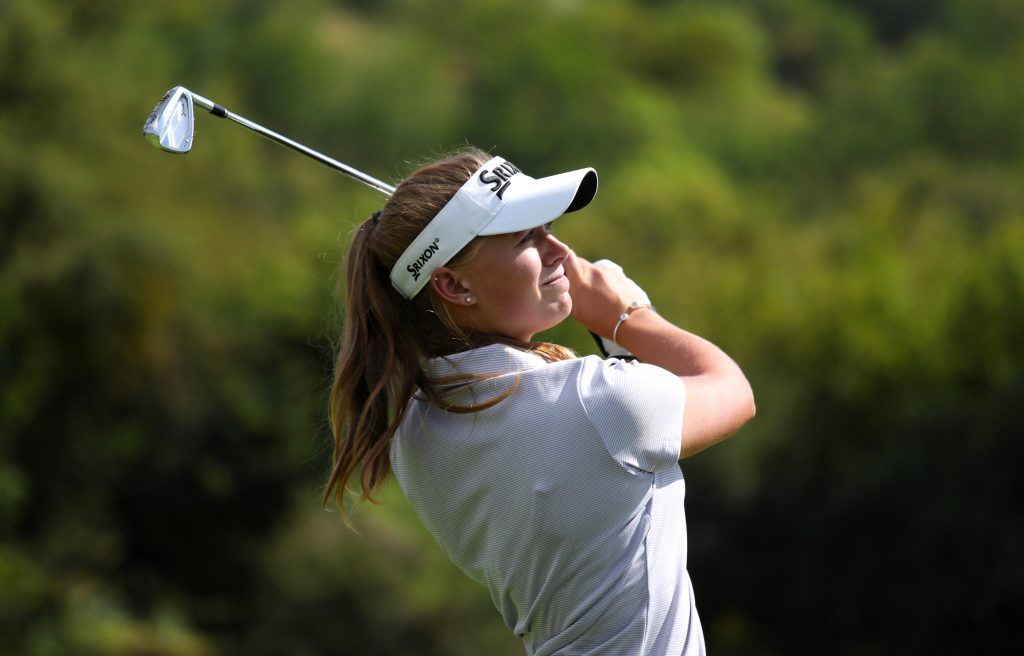 Caitlyn Macnab during round one of the Supersport Ladies Classic at the Garry Player Country Club at SunCity, South Africa.
Image by: Petri Oeschger

The Texas Christian University-bound teenager’s 69 came courtesy of three birdies on the back nine.

“I had a solid start with two good birdies, but I made silly bogeys on nine and 10,” she said. “I took 5-iron off the tee on nine and the club slipped out of my hand. I was completely out of position, and had to hit a massive hook. I had a mud ball and the ball didn’t come out well. My chip came out hot and I missed the putt. It wasn’t a bad bogey. I hit a good drive and a decent second on 10. I had a lengthy putt and smashed my first putt way past and missed the return.

“Other than those two holes, it was solid. I only missed the fairway once, on the final hole. Actually, I missed one more, but I was only a foot off so I’m not counting it. The rough is really thick, so hitting fairways was key to me scoring so well on a course like this. My swing is also improving; I’m starting to hit the shots and the shapes that I want to.”

Macnab is feeling confident, but also realises that things can change quickly.

“Confidence is a funny thing. Yes, I have an expectation to win events, but my bigger expectation is to give it all that I can; always 100%. When you’re hitting good shots and playing good rounds, your confidence builds. You don’t feel so restricted. You can hit the ball much more freely and play the shots you want to play. For me it also means I can be more creative and when I can play like that, I feel like I’m playing my best golf.” 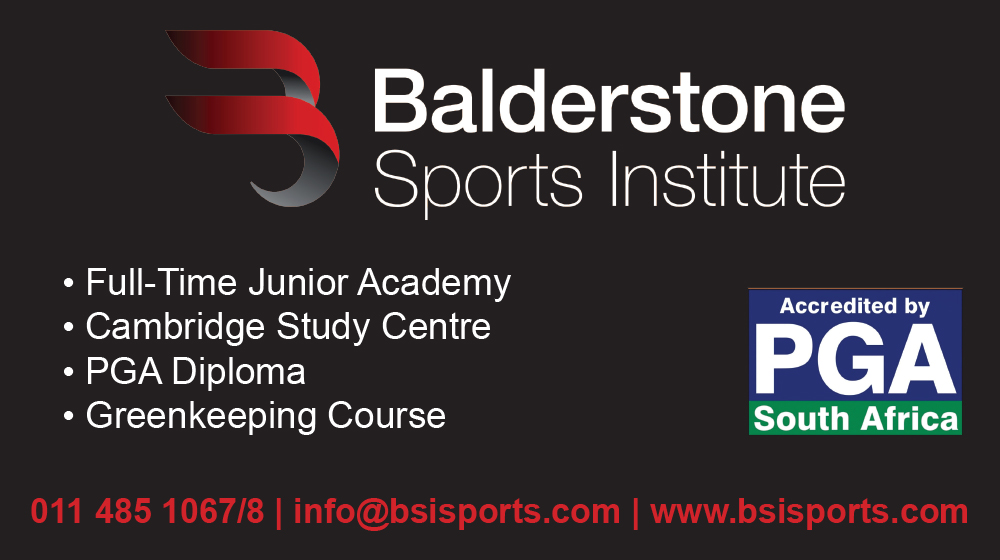 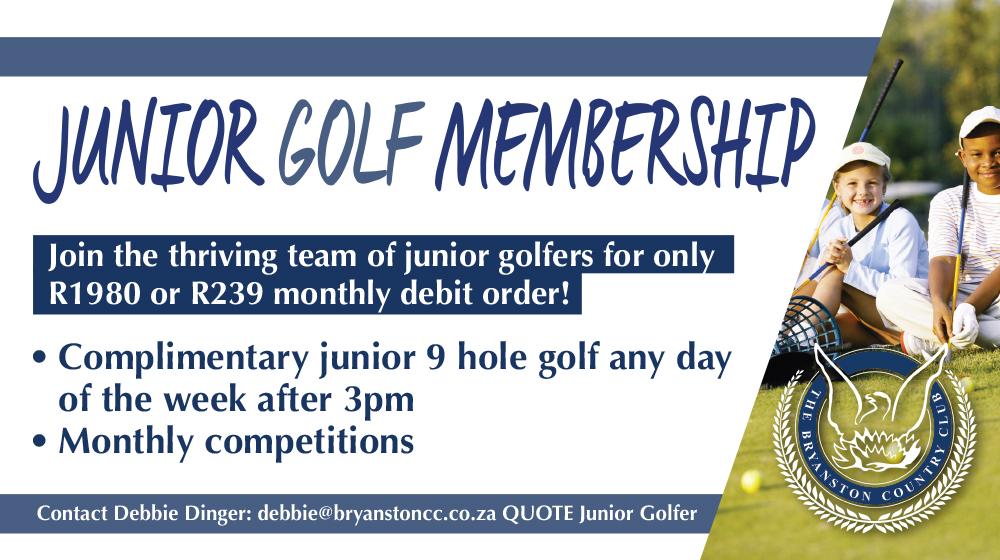 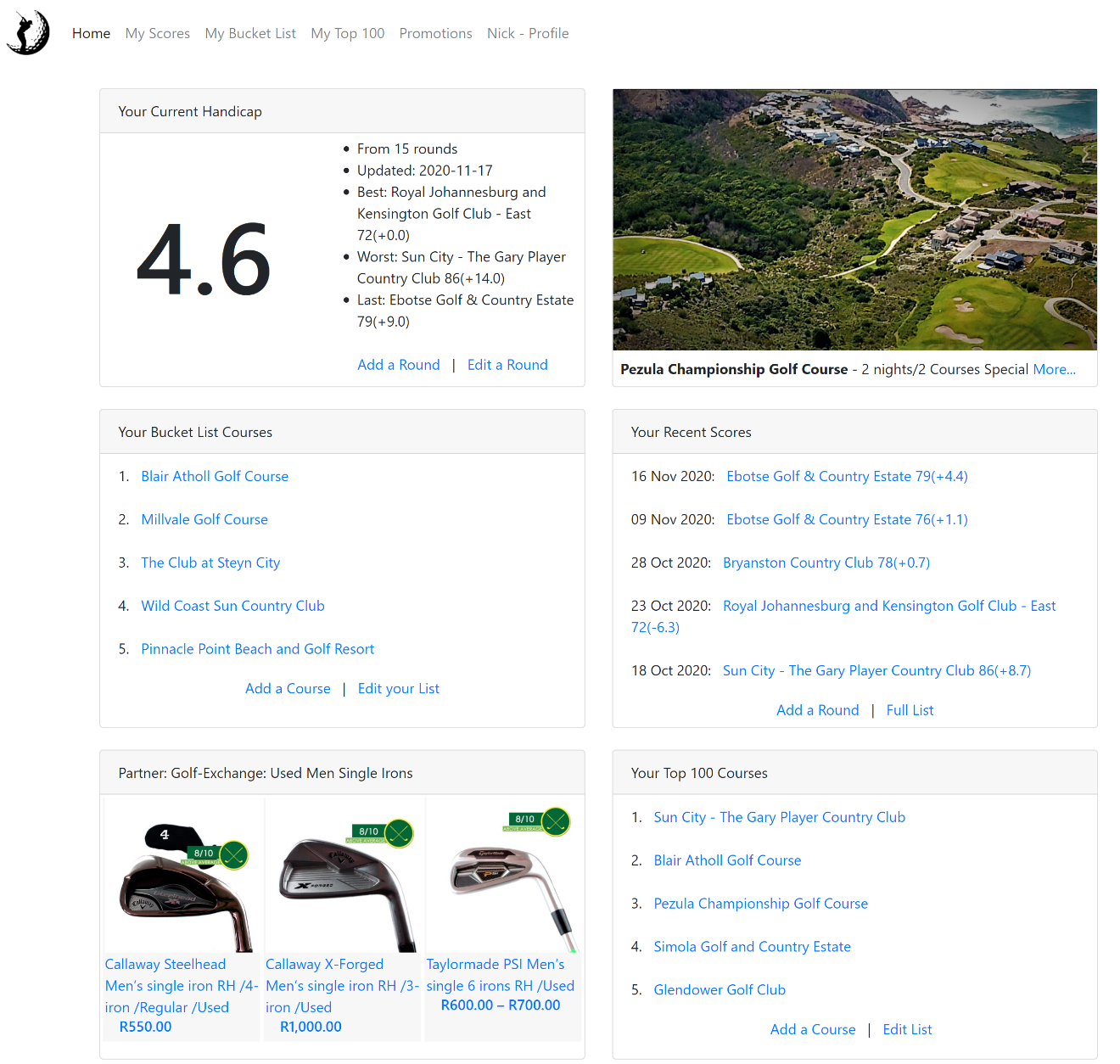 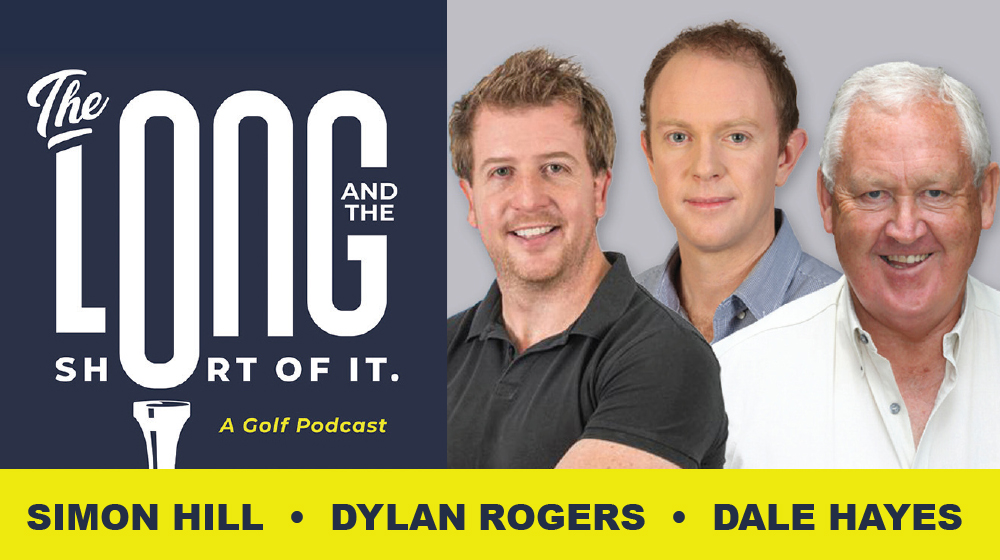 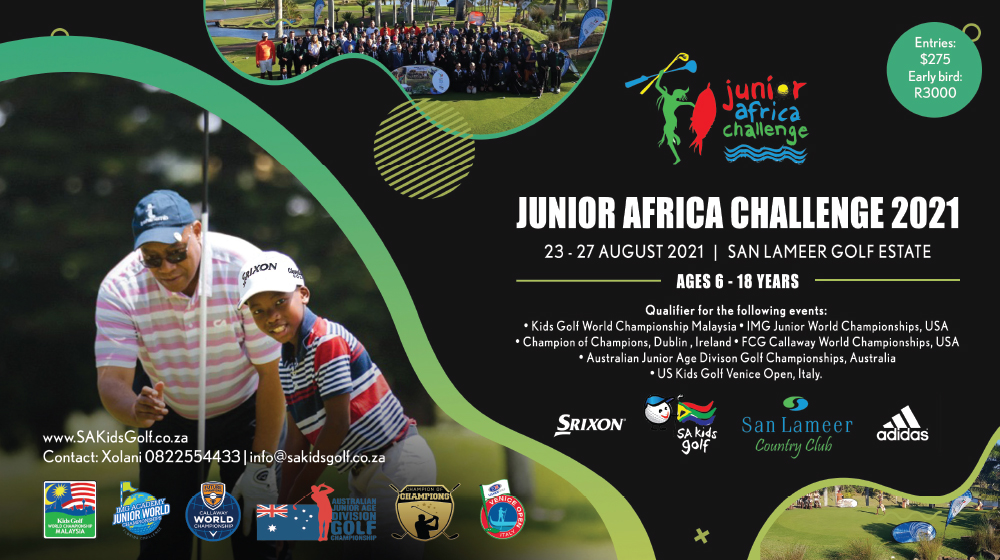 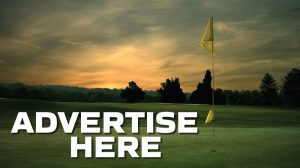